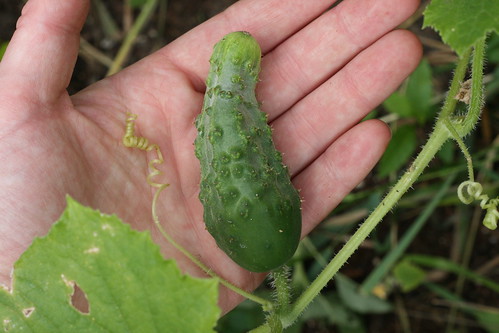 This summer has been spectacular so far! I can barely keep up with documenting the highlights of life in between all of the events, traveling, family time and working on my shop. Here are a few photos and tidbits I decided I must stop what I’m doing and share…

I love this duo … a nice rain cloud pouring out its contents and part of a rainbow. I have seen at least 6 rainbows and very bright sun dogs this summer since it has been so rainy in Minnesota.

Colorado supplied this lovely, bright sun dog. I love that state more each time I visit – this time I got to check out some southern areas around the San Juan mountains (Durango, Pagosa Springs) and stayed down in Farmington, NM. That mountain desert feeling is awesome.

I buried a pallet and planted lettuces in it – spinach, chard, arugula, romaine, and a few leaf varieties. It worked out well, I’d do it again. A big salad is on the menu tonight. 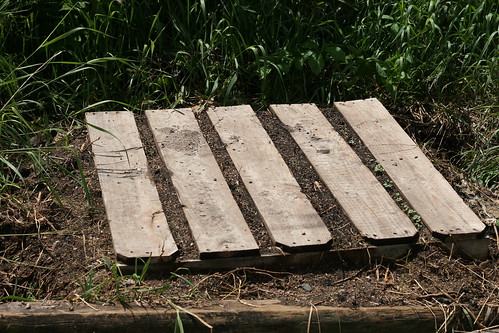 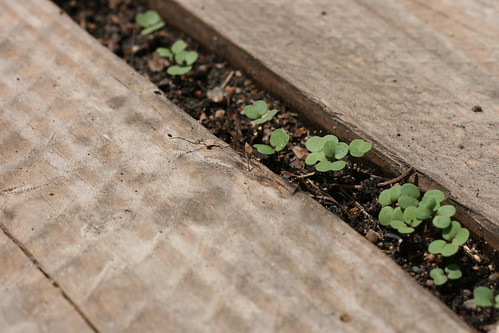 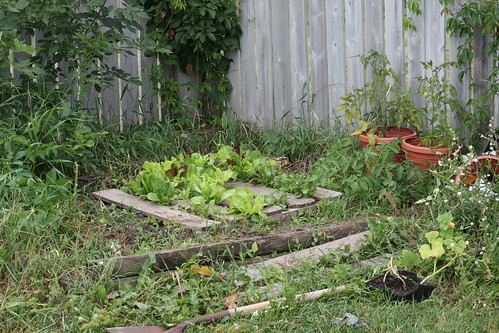 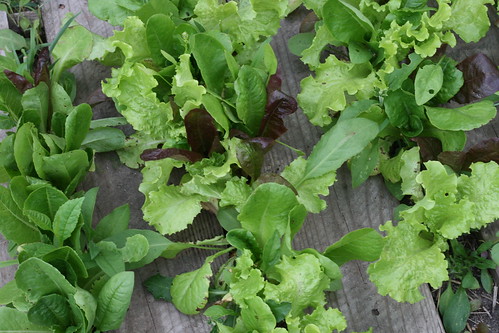 Shine on, sun. Shine on. Next weekend I’m going to see a huge fireworks show from a boat, on a lake. Boom!

I attended an artists’ retreat on Saturday (March 29, 2014) — the Farm Felt Baash in Kasson, MN. It was held at a beautiful farm owned by Amy of Needle & Felt. 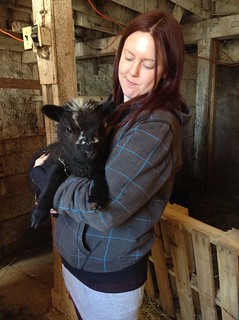 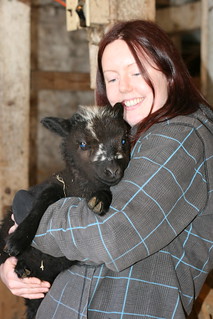 See this black lamb with white markings on his head that I am holding? Well, I won the opportunity to name him over on Amy’s blog. Although the lamb was really nice and calm in my arms I decided on the name Rebel. Winning the ability to name a lamb is one of the coolest things I’ve ever won! =)

The Farm Felt Baash was an event all about sheep and needle felting wool. There was a small group of 6 of us so we all got to chat a bit throughout the day and, I think, become friends. It was such a great feeling to be in a room full of needle felting enthusiasts.

I’ll show you around the farm and show off a few of the animals. The rustic red barn was so charming! 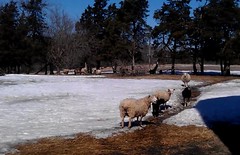 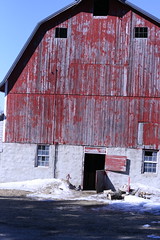 Amy decorated her home for us SO beautifully: 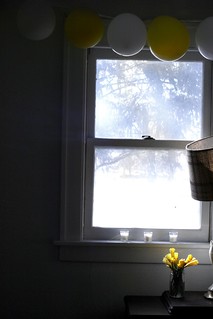 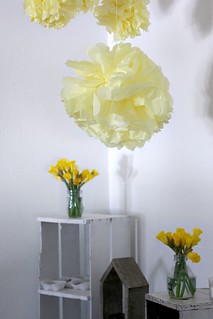 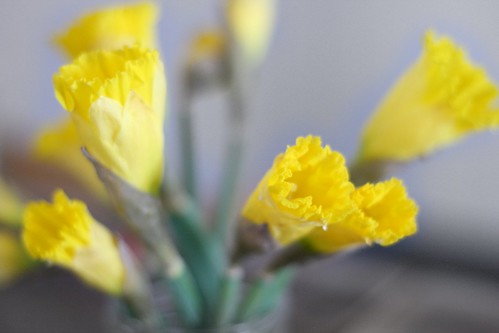 The sheep have it made – a large pasture, a large indoor barn stall with lots of hay, other temporary stalls and obviously loving caretakers. 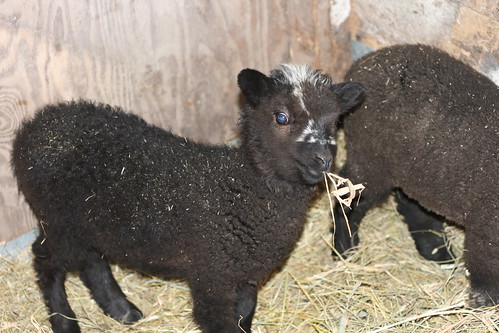 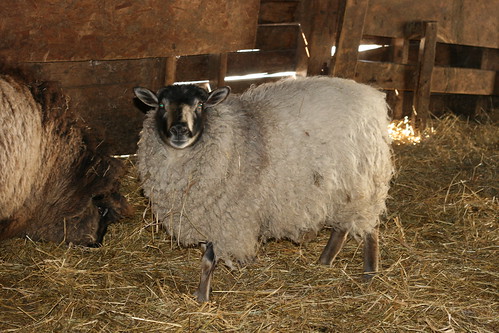 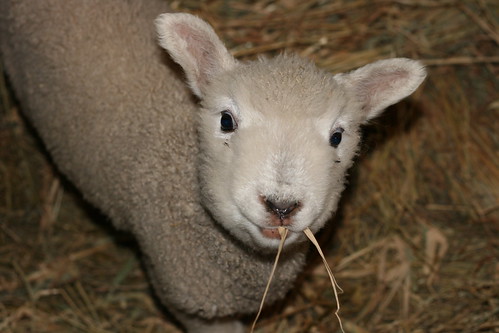 They share their home with a few goats as well. I learned that goats can be very lovable. While Amy and the other women who attended the retreat were standing out in the pasture one of the adult goats came up and was getting petting. He also came over to me and untied my boot laces! 😉 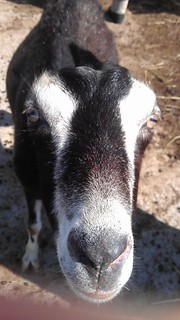 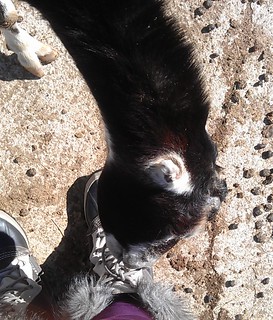 Baby goat… look at those ears!! 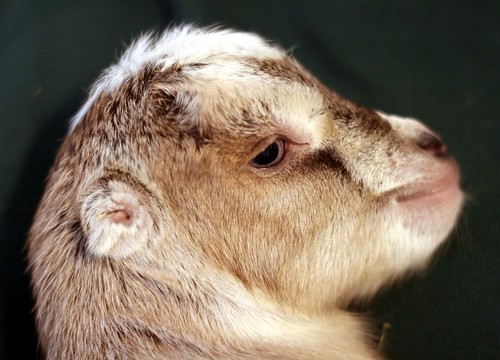 Whenever I ask people the question, ‘So why do you have goats –what do you get out of it?’ they say how they would like to do this or that, but really…they just have goats. Their hearts are just won over by them.

After hugging on sheep and goats, we played around with a variety of fibers, felting needles and other tools. I decided that I would like to get some spiral felting needles!

We ended the afternoon by each creating a needle felted sheep (or whatever we wanted) and creating a temporary ‘flock’. The final photo is at the top of the page. Here is my sheep in the works: 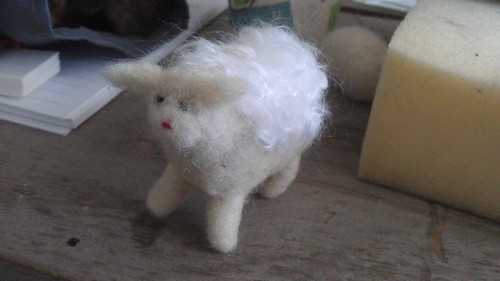 The event was from 10am – 5pm, which is quite awhile, but the time just flew by because I was having so much fun. I left Amy’s farm even more inspired to have sheep some day, more inspired about needle felting, more knowledgable about different fibers, and most importantly, feeling warm inside because it was time well spent with like-minded artists. I look forward to attending another retreat at Amy’s some day, and/or attending other similar artists’ retreats.
Fun fun fun!! 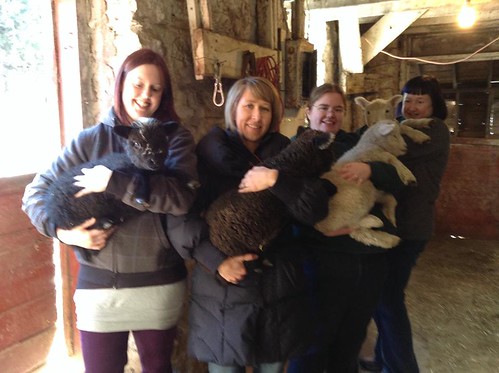 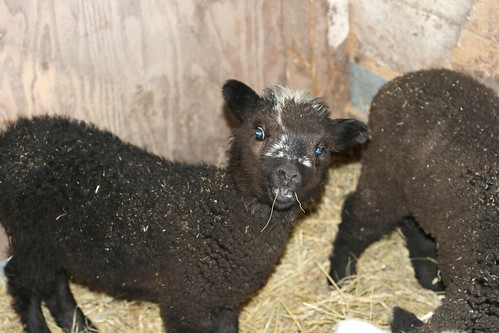 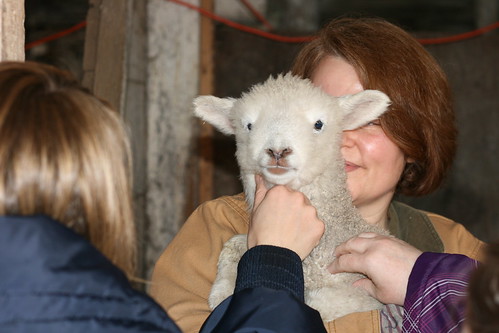 I grew up watching the show Minnesota Bound with Ron Schara and Raven the black lab dog. It’s a great show about many different outdoor places and characters in Minnesota. I was at the Minneapolis Convention Center for their Home and Garden show at the end of February and saw Ron and Raven walk by! I got excited and stopped what I was doing to follow them. I’m so glad I did because I found them stopping at a booth to sign yard sticks. I jumped in line right quick! I got to pet Raven a bit, up close and personal. She licked me! Ron signed a stick for me and also one for my bff. Meeting Ron and Raven was the highlight of my day! I got to spend some time with my family too 🙂 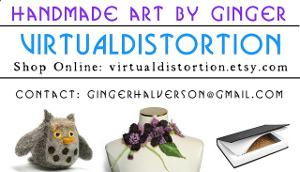