Last year, my best friend introduced me to these scissors. http://www.ernestwright.co.uk/

I thought they were really cool….

Then she bought me a pair as a special gift! I proudly own the paper cutting scissors. 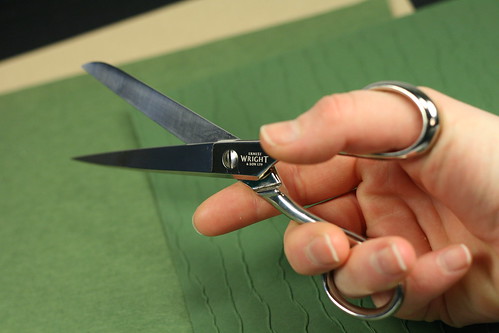 They go perfectly with my Etsy shop, as I cut a lot of paper for the bottom stash spot liners in my hollow book boxes, as well as thank you cards and shipping labels. I’m pretty good at keeping things for a long time and I’m for sure aiming to make these scissors be no exception to that. I’m making sure to only cut paper with them! 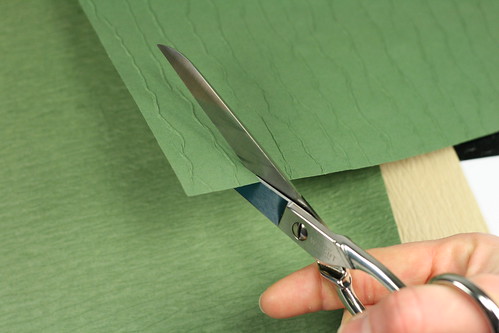 I answered a forum discussion on Etsy today with this..

“I find that I am most inspired right after I finish making one thing.. I want to make more, a different way, a different color! or even something completely different. Not being able to do one thing that’s on my mind because of being busy with others is really powerful. Other than that, inspiration comes from “everywhere” and also right out of thin air.. sometimes I’ll be doing something unrelated and all of the sudden I’ll “see” things clear as day that I should make.”

I am totally loving this stuff and I am one picky, thrifty gal…
Two awesome black and white designs are mine.. check them out: The zig-zag one is Chinese and the diagonal grey one is Japanese. They are paper tapes that can be torn by hand. I like to cut them with my scissors at different angles/sizes and use them for ALL sorts of things but mainly for packaging up products very nicely or taping notes to my note board. In the future I might try some colored versions — as there are MANY! — but for now I’m very happy with these two designs that go great with every color of tissue paper or note card possible.
You know, I’m not affiliated in any way but this is the company I have ordered from happily : Pretty Tape.

During August of 2010 I was enjoying some time in Minnesota with my aunt and got into talking about local wild mushrooms. She told me about the chicken of the woods – how unmistakable it is with its shelf-like structure, no stems, no gills and bright orange color. The very next day while we were enjoying a picnic dinner in her front lawn I spotted one growing right by her garden on a sawed-off portion of a big oak tree! The odds of that happening were so slim that I feel like “it was meant to be”. We carefully cut the mushroom and sauteed it with onions, green pepper and butter the following evening. The level of deliciousness blew my mind and I have been forever hooked on this mushroom. It is one of my most favorite mushrooms, if not one of my all time favorite foods ever. The following year I was at her house again in August and we found the chicken growing back! (so we ate it again!)

Over the winter down in Missouri I grew my own oyster mushrooms which turned out GREAT. Then in the spring I found jelly ear mushrooms in the wild, at their peak of being jelly-like, and ate some for the first time. They were more of a texture than a flavor but I would eat them again. Any way you slice it (ha!) the chicken of the woods mushroom is a superior mushroom. Ever since finding the one at my aunt’s house in 2010 I have been looking for more. It wasn’t until a couple of weeks ago in Nisswa, Minnesota that luck struck me and I found more — Much, much more! It was growing on the roots of a living oak tree. There was a lot of dirt and grass incorporated into it so I spent many hours meticulously cleaning what I wanted to keep. I had a couple friends to help too but eventually everybody petered out and thought I was nuts. Then I cooked some and they understood! Doesn’t it look a lot like chicken? The fibers run in strands like muscle tissue and stay that way after cooking, the coloring is similar to white meat or seafood and even the amount of moisture in the mushroom is similar to meat. Since I no longer make chicken a reoccurring item in my diet it’s hard for me to say “it tastes like chicken too”. To me, it has it’s own flavor which is hard to describe but very, very wonderful and I would say “different” than other typical cap/stem mushrooms. I cleaned, ate and froze the remainder of over 6 POUNDS of Chicken of the Woods. I’ll be sure to share some recipes soon, as these mushrooms are not to be eaten raw. So far I have sauteed them, added them to a chimichanga, and made them into a veggie burger. I think a creamy white sauce over pasta and spinach sounds good, along with marinating them before grilling, and I can’t forget… making “chicken nuggets” by breading and frying them!

I love sleeping in tents. I’m in one right now! I have power, wireless internet, and sparkling snowflake lights for ambiance. Hehehe… and I will be lulled to sleep by the sounds of the frogs croaking. I found this moth inside today! He was clinging to the lace curtains next to the window above the kitchen sink.This is the 3rd one I have seen so far this spring. Don’t you just love his big, hairy antennae? After some quick research (I looked up hairy antennae moth, lol) I found out this is a male Polyphemus Moth (Antheraea polyphemus)! Apparently females have much smaller antennae. Carefully cupped in my hands, I carried him outside. I was lucky enough to capture such a nice photo of him in my hand before he picked up his big, dusty wings and fluttered off into the trees in the back yard. “Come back and visit anytime”, I said. I love visitors from the outdoors!

Hello and welcome to this weeks episode of whatever this is 😉 First off I want to share with you the fact that I got a beautiful mannequin in early January – my first one ever! After doing some research on mannequins (all the different styles, materials, cost) I decided on what I truly wanted and budgeted appropriately. I searched high and low throughout the internet and was super lucky to find an ad on craigslist with EXACTLY what I wanted, at even a lower price than I thought possible WITH the option to go pick it up in person. Two days later I was in the car with a friend, on our way up to Kansas City to look at the mannequin. It was located in this place called the Super Flea … which turned out to be quite an experience/adventure. When I found the mannequin inside it was exactly perfect and so I paid the guy happily and strolled out with her in a box on top of my head. But hey, if you have one mannequin… why not have two?
Why not MAKE another?
So that’s what I did! I covered Isabella up with lots of plastic bags, plastic wrap and tape to protect her body and jersey fabric covering and then I did paper mache (Papier-mâché!) around her. When I thought it was thick enough and completely dry, I carefully cut open one side and peeled the paper mache off of Isabella and painted it black with basic acrylic paint. Newspaper, brown paper bags, water, white flour and all-purpose glue and black acrylic paint where all the supplies I used. It was messy and took a little time/energy but what isn’t that is worth it? Now I have a super light and “I don’t care if it breaks I can just make another one” BLACK mannequin. (Un-named. Hmm…) Check this photo out.. you can see that the newspaper has a little ad printed that says “recycle this newspaper”. I actually tore that out and put it on just as it is without even paying attention until my boyfriend said something to me about it! It was meant to be.